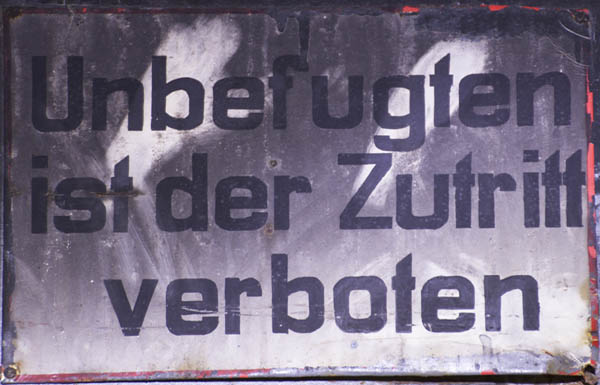 THE POWERPLANT WERNERWERK VOGELSANG IN EISENHÜTTENSTADT

it is Thursday 27 June 2019, close to eight in the afternoon and the temperature is 40°C [104°F] in the shade. Bicycling southwards from Frankfurt to Oder following the river, five kilometres before Eisenhüttenstadt the two giant chimneys of Wernerwerk became clearly visible.
.

This image is from Google Maps. On the left, the allotments that I used as an entrance to the plant. In the centre, the power plant and southeast in direct connection to the cooling pond and treatment plant. Further right, the wall of Oder and the cycle path. On the very right, east of river Oder, is the border between Germany and Poland.
.

The remains of a powerplant that was never started. Close to the camera, the cooling pond and treatment plant. The black dots on the chimney’s are holes caused by Soviet artillery, February 1945.
.
.
After one more day of bicycling in temperatures around 40°c [104°F] in the shade, the two chimneys appear. They are huge, some say 100 meters tall, other’s 110, nevertheless, that’s a good guess. I rode past the power plant on the cycle path, took some pictures and decided to return and spend the next morning at the power plant.
.

The chimneys are monumental, roughly 100 meters high and they did withstand some heavy damage from Soviet artillery in 1945 without falling apart.
.

All the damage from artillery fire is at the east side: I can imagine the Soviet command finally got fed up on meaningless shooting and told the gunman to save ammunition until needed.

I am arriving at an allotment in the suburban part of Eisenhüttenstadt called Vogelsang on the river Oder.

The town Eisenhüttenstadt means Steelwork town, but that name is only sixty years old, before it was named Stalinstadt, [Stalin town]. If located in the Soviet Union, it has been named Stalingrad. Stalinstadt or Eisenhüttenstadt is small, the population is just a bit over 30 000. By the way, before Josef Visarionoviz Djugasvili, i.e. Stalin, that means Steelman, man of steel, gave name to the small town, the main part was called Fürstenberg and Neustadt.

DANGER Entering the area is strictly prohibited. Well, it is always the same, no trespassing bull…
.

Only ten meters from the locked gate with its sign LEBENSGEFAHR etc. the hole in the fence appears.
.

Among the first thing I see is a scared deer running away, Well I became scared too, at least surprised. I succeed in taking a picture, but no time to focus.
.

And there, behind the vegetation the first building appears, this was probably made to receive the coal.
.

......A stable concrete construction, but the vegetation gets closer to conquer more and more of the space around.
.

Finally, inside the power plant, there are many paths to get lost in, partly like a labyrinth.
.

Plenty of holes on the floor and the roof
.

Couldn’t get through, I had to turn around and try another path
.

...... Finally, I reached the southern chimney, a giant tower, time to enter.

This picture is a height panorama, tree images merged, to get a perspective. The perspective in reality was considerably more impressive, a little frightening and powerful.

The damage from the Soviet artillery is more noticeable from inside

Despite it is small, the entire city is a splendid example of East European post war architecture and city planning. The impression is considerably larger than the city, older parts are beautiful. The city centre consists of boxes that are in such a condition that ugly is the best word to describe them. Unfortunately, there was no time to investigate all these former private residences and public administration buildings. I do hope they will remain until the next time I visit Eisenhüttenstadt.
.

After a well-nourishing hotel breakfast at Hotel Fürstenberg,, I asked the hotel owner about the state of the power plant ruin. Most likely closed and impossible to get in was the message. Of course, it was just the opposite, just to walk right in. On the other hand, she told me about "a long time ago", she had been at the power plant with her father, stories about how people picked up used construction materials and how the remaining’s was used for most purpose when making your own life in the new GDR.
.

The stairs were cut off at a height of two meters, it doesn’t matter, the rebar fence was as made for climbing, both up and down.
.

. . . The inside of the chimney became a stairwell
.

And if you lift your eyes, the view is free in about three floors.
.

We will take it from the beginning. During and before Nazi Germany started wars against its neighbours, the German economy and its industrial production would be converted to war production, i.e. people's well-being and prosperity were subordinate, the armed forces and the weapons industry were prioritized.

The war was going on and in 1942 the Nazis discovered that they lacked sufficient electricity supply, so the Armour minister and unofficial Reich architect, no such title existed, Albert Speer starts project Wärmekraft-Sofortprogramm, "instant heat energy" with the goal of building a larger number of power plants in Germany, in a hurry.
.

Speer appoints a gentleman named Wilhelm Zschintzsch as head of the whole project. To make it to go "sofort" as possible, ASAP it is called it today, Zschintzsch's proposal is to build identical power plants, with much prefabricated materials and standard elements, they are therefore called Einheitskraftwerk, unit power plant.

The fact that the place became Vogelsang/Furstenberg was that many Armour companies were established in the war industry in the vicinity. The power source would be lignite, and, in these areas, lignite was no shortage, so it was just digging and breaking up the earth.
.

...... There were no stairs in the other parts of the power plant, but the chimneys allowed movement between the floors.
.

As usual at this time within the borders of the Third Reich, camp prisoners, foreign workers and concentration camp prisoners were used. But the construction suffered from chronic delays. Planning is one thing; financing is another and it was rubbish at the financial box office for construction. In addition, the workload of the prisoners mentioned above was not the most motivated, so monitoring and precision work took more time than if paid, trained and motivated labour have been used. Although that workforce was out on another assignment in Western Europe or the Eastern Front to die at the battlefield and for that they were not at all motivated.

..Preparations and groundwork had already begun and in April 1943, work began above ground. With the forced workers, the construction had a pre-programmed problem in its process, the slaves were not only unmotivated, they were too physically weak and mostly not qualified
..

too physically weak and mostly not qualified for the work they would perform. It took a year to complete the Kraftwerk so in 1944 steam boilers, generators and other necessary equipment for electrical production were installed.
..The start was intended for January 1945, but they did not even catch fire in the boilers. The inefficiency of slave labour is in everything but the simplest agricultural work, counterproductive. It was in the interest of every forced labourer to prevent and hamper the completion of the power plant. Stacking stones on each other can be done, but when the cogeneration system is to be mounted and every step becomes a link in a chain, it is easy to tighten a bolt too tight, so it breaks or too loose, so it slips. If this was the cause of the start-up problems, the slave drivers could only ponder, but they very soon had to prioritize other subjects in the war that was going on.
.

....   The stairs were narrow, there were no handrails and there was an unobstructed view from all the open holes in the chimney.
.

In January 1945 the German engineers tried to start the power plant, without success. A month later, life was disturbed and something else was to be considered. One of the engineers at the power plant, Karl Schieches has written memoirs where he says that he as always came to work on the morning of February 1. A disturbing rumbling was heard from east direction, so he takes his binoculars and climbs on the roof of the power plant to find out what it was. He sees German aircraft fighting targets on the ground which could only mean one thing, Soviet Armour was heading west towards Oder's beaches.
.

Mr. Scieches informs his superiors about the arrival of the Red Army and the power plant personnel are sent home, remaining camp prisoners are released. Volkssturm is required, Volkssturm a kind of inadequate home defence of minors and senior soldiers who would be sacrificed to prolong the war for a few days. Volkssturm managed to destroy the Fürstenberger-Oder bridge to prevent the Red Army from crossing Oder. But it was February and it was cold outside, about 60°C [108°F], colder than during my stay. Oder was frozen so the Soviet engineering troops with associated heavy vehicles had no problems standing on the ice when a new bridge was built.
.

……Boulders for boulders have been built on, no moulded construction.
…

On February 6, 1945, the 33rd Soviet Army had formed a bridgehead and it was not long before Soviet tanks rolled over to the west. The first goal was the power plant, in the belief that it was in operation and provided the German power line with electricity. On arrival, the Red Army are met by an empty, newly installed power plant that the Germans have not been able to operate.
.

that the Germans have not been able to operate. Further afield from Oder's west side were regular German army units so the Soviet 33rd Army, which certainly crossed Oder, were stopped further on and did not enter Fürstenberg until April when other parts of the Red Army already freed Berlin's eastern suburbs.
.

......From the outside, 75 years of lack of supervision and maintenance have left their mark. South chimney.
..

From the top, looking down
..

The view of wastewater treatment plants and cooling water intake. The river Oder and Poland visible in the background.
..

During the latter part of the GDR, East German military and police were trained in close combat here. The latter was practiced on occasions in Dresden, Leipzig and Berlin during 1989. But when East German citizens where sitting in the streets in Leipzig and in the chorus shouted "Wir sind das Volk" became so numerous, the number of police and military was not enough. The citizens stayed at the streets; military force was not the solution. The kind of training from Wernerwerk could not be applied, so it went as it went.
.

It is still standing up, for how long?
.

The holes in the former floor are open down to the cooling pond, only the concrete frames of the walls remain. This was once a house, a building.
..

Nine years after the fall of the wall, fifty-three years after the end of the war, demolition will start, the EU has spent about 2.5 million DM about SEK 1,25 million € to demolish the power plant. The new German state contributes equally. But now conservationists and activists protested against the demolition, the cooling water ponds had become important biobanks for the river life and in the uncut greenery many wild animals lived. What happened? The building remains and is today the object of a tug of war between nature conservation interests and demolition advocates.

Where will it end? The future will tell.
.